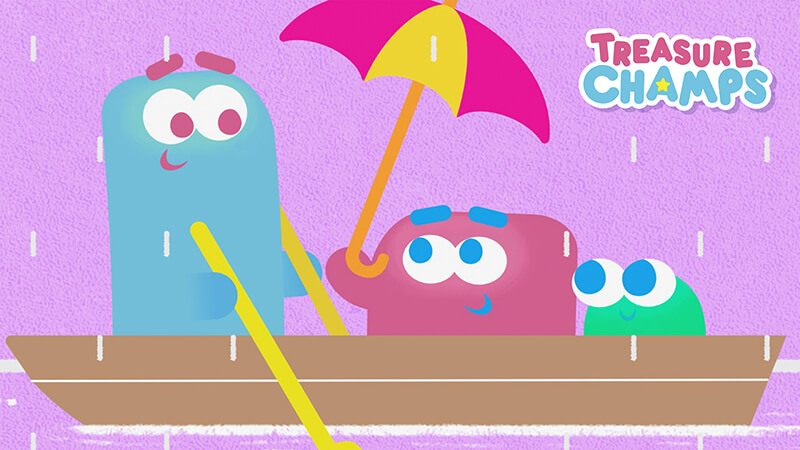 The marblemedia-owned company will sell the mixed-media series as a straightforward acquisition or as a modular, localized format.

Canada’s Distribution360 has picked up Three Arrows Media’s new Cbeebies series Treasure Champs for international distribution and will sell the mixed-media acquisition in its original 30 x 15-minute version or as a customizable format to create a local original.

Greenlit for two seasons by UK pubcaster CBeebies last February, the upper preschool series follows the comedic adventures of two animated characters who explore a different value—such as generosity, empathy and honesty—in each episode under the backdrop of faith-based stories and folk tales, catchy songs and live-action segments.

For re-versioning to local markets, Treasure Champs has been produced so its animated segments can be interwoven with locally shot footage, offering cultural content related to each featured value (or treasure).

D360 will take the series to MIPTV next month in Cannes along with marblemedia’s hit live-action game show, Splatalot (52 x 10 minutes), which will also be offered as a modular format. Pre-produced action sequences can be acquired to package with localized host segments, plus the show’s water-filled medieval castle set in Canada is also available as a production hub for new episodes.

Both shows will be joined at market by marblemedia’s brand-new primetime family game show, Just Like Mom and Dad (20 x 30 minutes), which is based on a format owned by Bell Media.