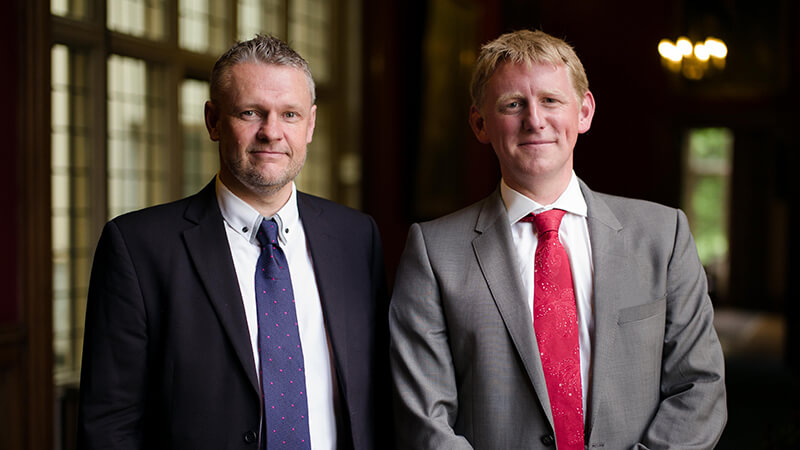 Three Arrows Media is delighted to announce that award-winning entrepreneur Toby Hughes, Head of Production Dominic Parry and Production Manager Rachel Thompson are joining the company bringing a wealth of expertise to the management team. Founded in 2015 by David Hallam and Jon Hancock, Three Arrows Media is the Manchester-based Children’s & Family Production specialist which recently secured a two-series commission from CBeebies for Treasure Champs.

Bristol-based entrepreneur Toby Hughes has taken a minority stake in the company and joins the board as Non-Executive Director. He was recently named in the Top 50 entrepreneurs in the last 15 years by SETsquared Partnerships.

Commenting on the new partnership David Hallam, Co-founder of Three Arrows Media says: “We share common goals and values with Toby and we are thrilled that he has decided to cement the relationship by becoming a shareholder. His extensive knowledge and entrepreneurial acumen will help us accelerate the growth of the business and we already have exciting plans in place which we’ll be implementing over the coming months.”

Toby Hughes comments: “Jon and David have hit the ground running with their new venture and for me it was a no-brainer to get involved.  There is a formidable team starting to build and I am very optimistic about what the future holds for Three Arrows.”

Dominic Parry joins the team as Head of Production on Treasure Champs and is also advising Three Arrows more widely through his recently launched production consultancy DogDuck Media.  Dominic is a former COO of BBC Children’s and most recently was part of the executive team at the world-renowned Natural History Unit in Bristol.

“Dominic is someone I’ve known and admired for years and when I heard he was leaving the NHU it wasn’t long before we started talking about how we could work together,” says Three Arrows’ Jon Hancock. “His skills perfectly complement those of mine and David and, with the benefit of his years of experience, we are well placed to achieve our goals.”

Talking about his new roles Dominic Parry says: “It’s great to be working with such a creatively dynamic and passionate team. David and Jon have laid firm foundations and now my aim is to help them build on them. It’s going to be a lot of fun!”

Completing the new raft of appointments is Rachel Thompson, the former Head of Production at Nine Lives Media. Thompson will be Production Manager for the company’s CBeebies commission from its base in Sale, Manchester.

Jon says: “I’m thrilled to have Rachel joining our team as we embark on our first major commission. Her years of experience will be a huge asset to us.”

Rachel adds: “This is my first role working in Pre-school production and I’m really excited to be joining the Three Arrows team. Treasure Champs is a ground-breaking project and I’m very proud to be a part of it.”

David wraps up: “This is an amazing time for Three Arrows. Our new team will bring huge energy to the company, helping us to realise our plans and drive our exciting development slate forward.”

Over the last 20 years Toby has been involved in a number of startups both founding and growing businesses within the media and financial sectors. He has extensive experience in financing and scaling businesses and his award-winning ventures include Leadbay (18th in the Sunday Times list of UK’s fastest growing tech companies 2008) and MoneyHub (Best in Show at London Finovate 2014 & Platforum 2014).

Toby has significant experience in leading management teams and supporting fast growing business helping them to achieve their objectives. In 2015 Toby was named in the Insider Media List of 42 under 42 entrepreneurs and in 2017 was one of SETsquared Partnerships 50 in 15 (Top 50 entrepreneurs in its 15 year history).

Dominic is currently the CEO of DogDuck Media, a media professional helping producers and companies to turn content ideas into a reality and get them funded and made.

He has worked in the business of media for over 24 years, 18 of those pursuing the production and transmission of Children’s content through CBBC and CBeebies rising to the role of Chief Operating Officer and launching CBeebies Land at Alton Towers in May 2014. He has worked extensively across every Children’s genre and also five years with BBC Newsgathering ensuring that BBC News had access to stories across the globe, and more recently has worked with the Natural History Unit senior team, helping them to prepare for the launch of the commercial BBC Studios as well as delivering series like the record-breaking Planet Earth 2 in 2016.

Rachel’s experience spans 13 years in the media production industry working on series for all the major UK broadcasters.  Before joining Three Arrows in 2017, Rachel was Head of Production for the highly-acclaimed documentary makers, Nine Lives Media. During this period she worked on a number of series and one-offs for high profile factual strands such as Panorama and Dispatches. Her Children’s credits include the BAFTA and Emmy Award winning I Am Leo which was part of the CBBC My Life strand. Rachel’s extensive production experience also includes primetime drama having worked as part of the team on the multi-award winning series The Bill.